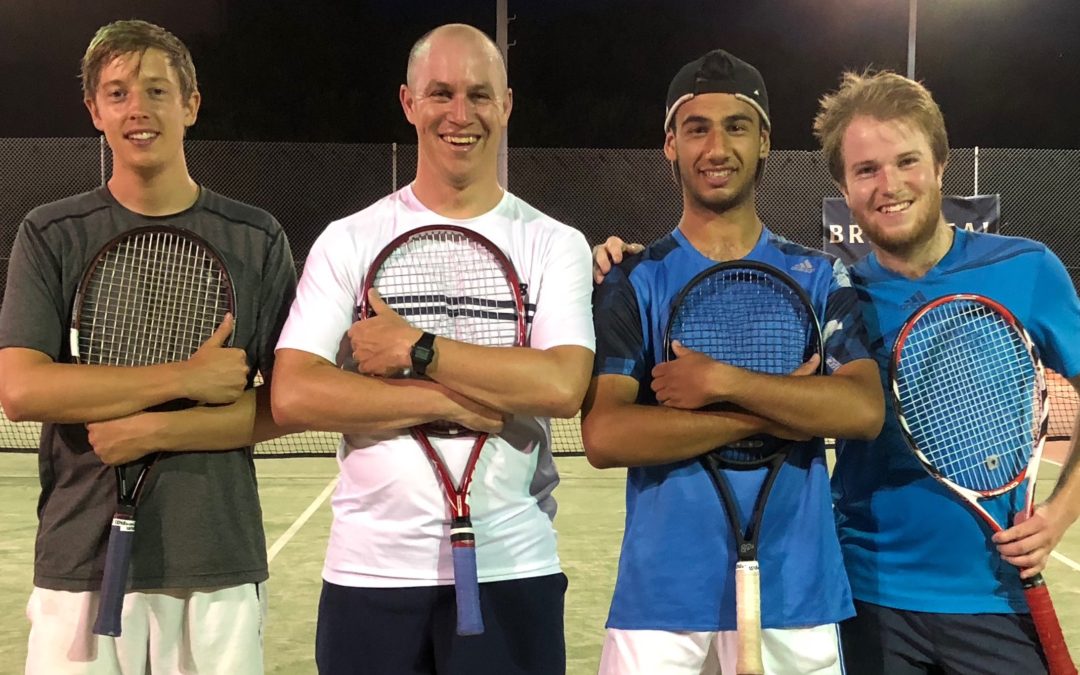 Congratulations to our Men’s B Special 1 team who won their Grand Final on Thursday night, defeating Buckley Park comprehensively, 5 sets to 1, 31 games to 18.

This is our first premiership since rejoining the North Suburban Night Tennis Association, and came at the end of a seven game winning streak that took us from last on the ladder mid-season to premiers.

And the rest of the team that took us through the season was:
Simon Cope
Gordon Rennie
Stephen Murphy

The Premiership Pennant will shortly be on display for public viewings and photo opportunities.